Spread the love
In case you wondering why the media personality has been invited by the Police, report convened has it that Actress Afia Schwarzenneger shared a video believed to have been taken from the prison cell where actress Adu Safowaa has been locked up for allegedly insulting and leveling false allegation against the her.

According to reports, Adu Safowaa who has been recently engaged in a beef with actress Diamond Appiah and Afia Schwarzenegger was picked up by some personnel from the Ghana Police Service on Thursday, May 13, 2021. It is still unclear why she was arrested.

However, a video has captured Schwarzenegger storming the Police cell and recording Adu Sarfowaa behind bars. The short video making rounds on social media also captured a naked female inmate who was trying to hide from being captured in the recording.

The new development has attracted public outcry with some wondering how the Police on duty would have given access to Afia to record an inmate. There has been a demand for her arrest as well as the sanctioning of personnel who were on duty at the time of the recording.

An Instagram user by name Akua Sika wrote: “She’s not above the law. She has to be arrested for the fact that she had the effrontery to enter a space like that to record cell mates without their concerns.”

Another, Maame Birago wrote: “How dare the police allow her record her in the cells! No wonder she’s always insulting policemen! Gosh Gosh.”

A third added: “But how ?! Why ?! WHY!!!!! Why is someone even naked in a cell in the first place??! Why is Afia there? They knew she was taking a video why didn’t they make her delete it before leaving the place? She can’t even enter the place without police escort meaning whoever escorted her there allowed her to do this? What sort of foolishness is this ?? Ghana police what’s wrong with you people ??? How much did she pay them to do this ??? She’s talking about ‘fix yourself’ this is the person y’all taking advice from? This is FOOLISHNESS !!”

READ:  What Kind Of Game Is This?See The Game These People Were Playing That Got People Talking-WATCH VIDEO.

Below are some reactions from social media: 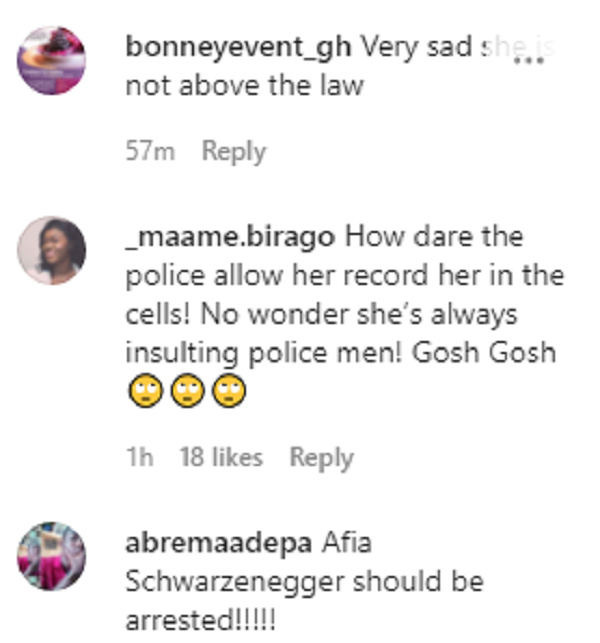 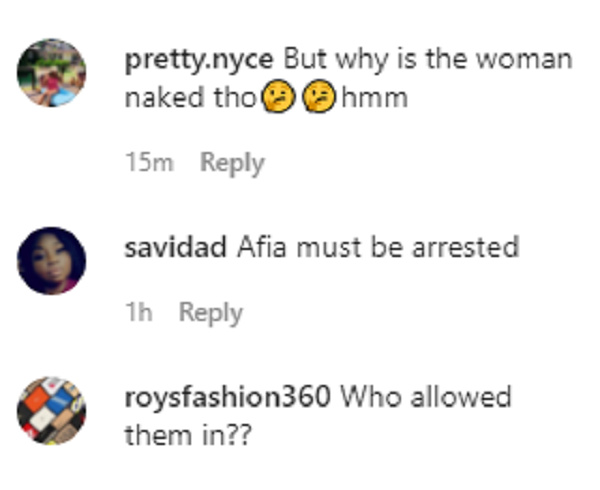 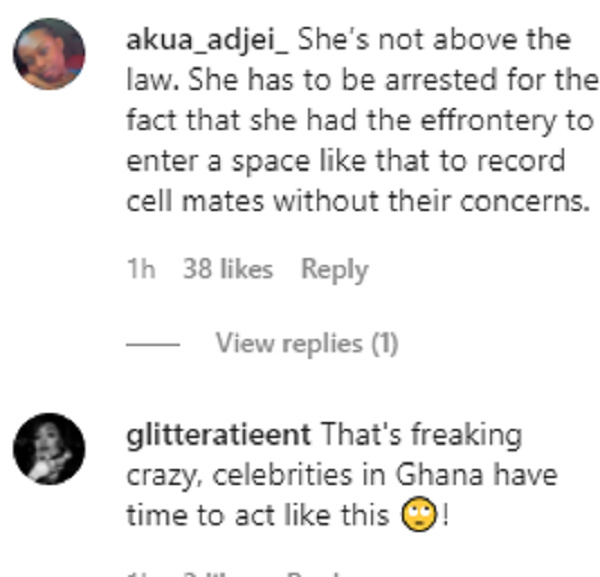 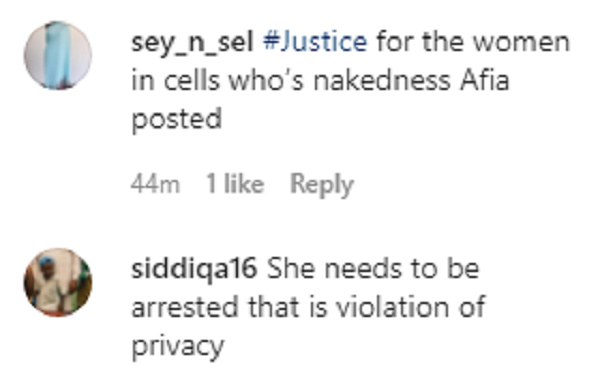 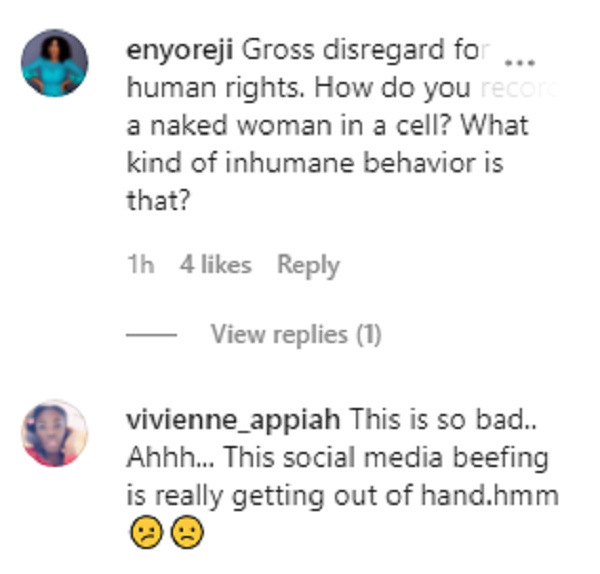