Though the caution which was posted on Facebook Monday evening did not come with any threats, the station said it was “a piece of advice to bloggers.

The station was launched on Saturday, May 8, 2021, some 3 days after was suspended from Angel Broadcasting Network (ABN).

He was suspended by his boss, Dr. Kwaku Oteng, for slandering officials within the New Patriotic Party (NPP) government including President Akufo-Addo, Vice President, Dr Mahamudu Bawumia, Minister of Trade and Industry, Alan Kyerematen and the Inspector General of Police (IGP), James Oppong-Boanuh.

Until his suspension, Captain Smart was the host of Angel FM’s morning show, ‘Anopa Bofo)’. 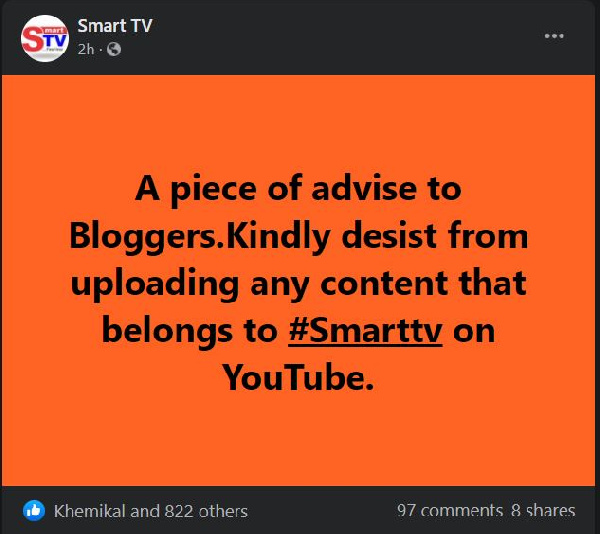