Shockingly, Ibrah One has shared a weird thought on socialite Efia Odo, stating why no man will eat her twice.

His post comes as a shock to many as they wonder why he made such a statement and if he had ch0pped her before.

The self acclaimed millionaire has praised Efia Odo and destroyed her image in equal measure with a singular post on social media.

Ibrah One, an alleged former boyfriend of the socialite praised her beauty and badmouth her performance in b.ed.

In a post on his Snapchat he said Efia Odo looks good on the outside but not good in bed as she’s the type no man would want any after sleeping with her for the first.

The post has attracted much attention and also generates mixed reactions as no man who has not slept with the lady will say such a thing.

Ibrah 1 has been making so many declarations most especially on political and National issues, but has now taken it to individuals.

Check out below his bold post which he made such a statement as scooped for our cherished readers…………….. 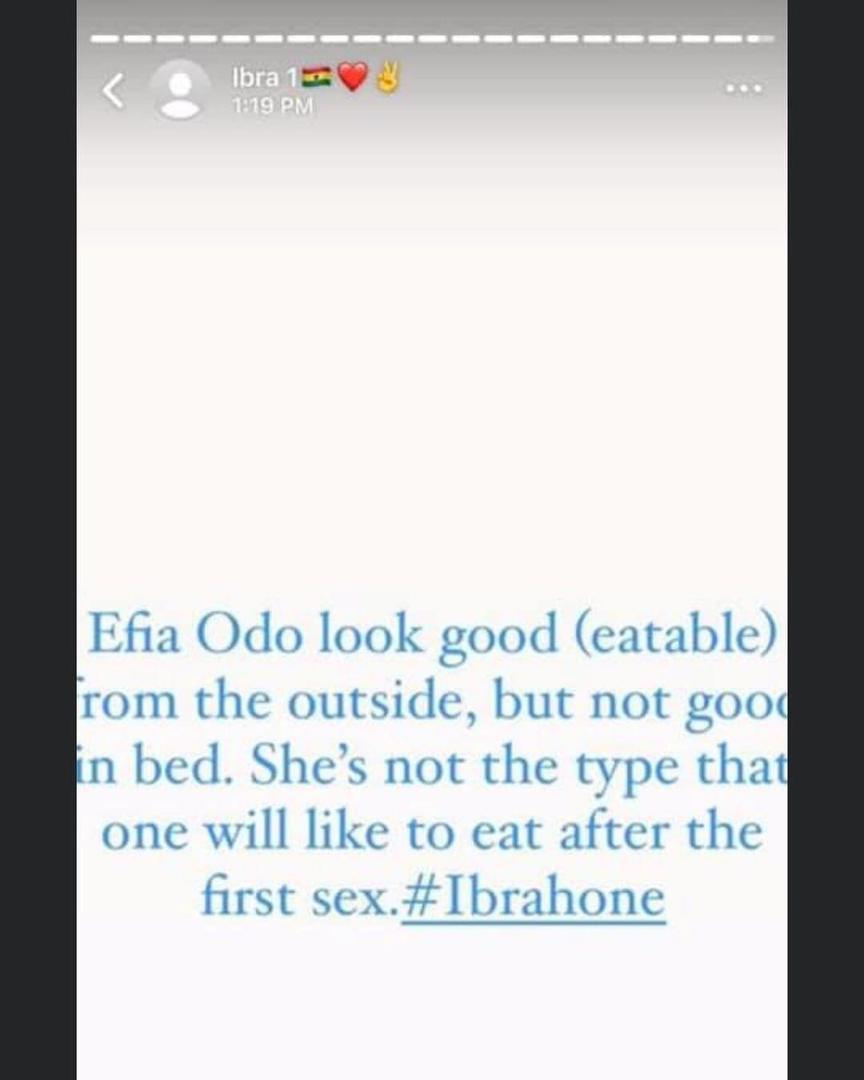