The atmosphere on the information super highway, thus social media took a different turn as unusual pictures of a woman with two men dropped.

The photo attracts much attention and also generates massive reactions from the social media users, as what the caption said about the picture is a bit weird.

In more detail, a married woman, @m33sh_baby, has taken to Twitter to show off her husband and her French lover.  In the photo, the trio were all smiles as they posed together for photos.

This makes many talking unceasingly and saying lots of things, with some comments good to hear while others entirely unpalatable.

While some say it is a good pose, others condemn the act and considers it an abomination. What do you think?. Drop your comment and let’s keep the conversation going. 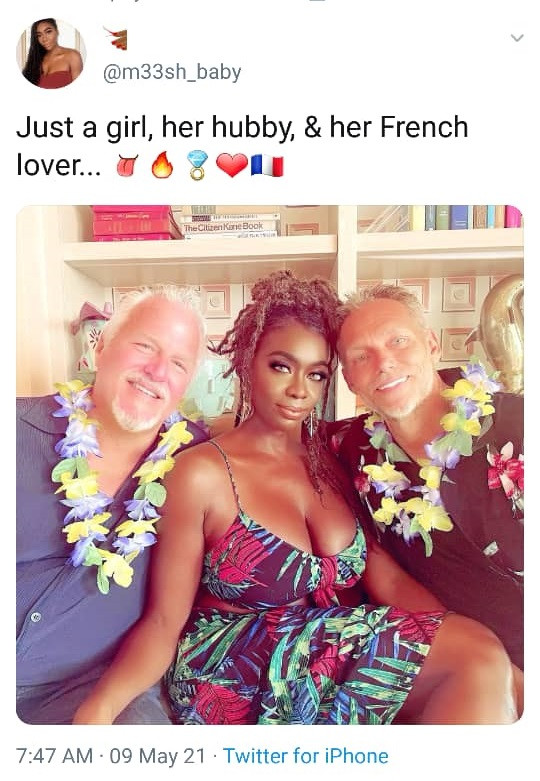