The recent photos and videos of the unexpected demolishing of the abandoned Komfo Anokye Maternity Complex have caused massive stir, debates and arguments across all social media platforms as most Ghanaians have taken the opportunity to share their respective opinions on the alarming issue.

Komfo Anokye Teaching hospital is known to be one of the most respectable health facilities in Ghana especially Kumasi as all serious medical conditions are referred to for further treatment.

With respect to this, Management took the initiative to demolish the abandoned complex but the needed action wasn’t implemented until today, May 23, 2021, as a circulating video of the demolishing of the long term abandoned Komfo Anokye Maternity Complex popped up online. 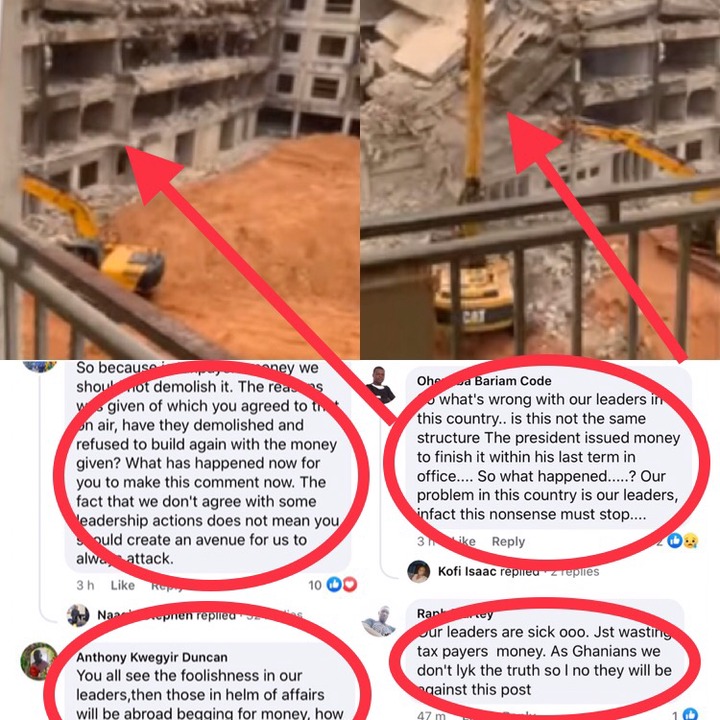 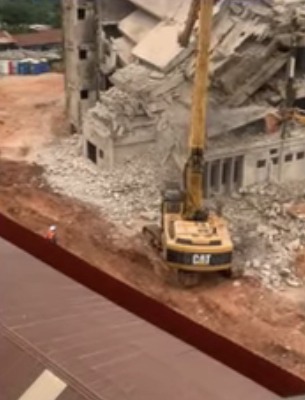 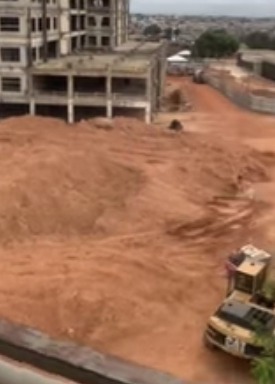 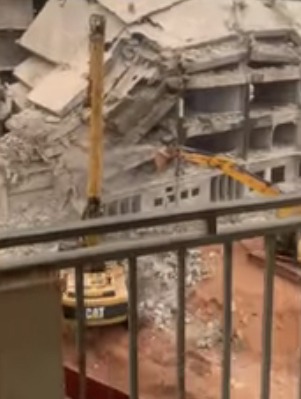 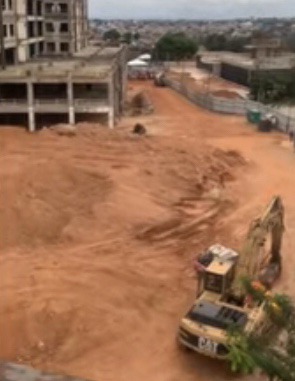 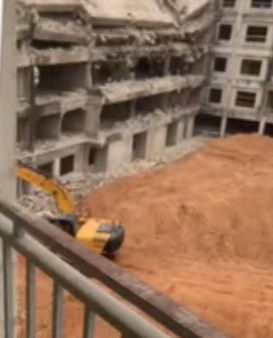 Upon the sad photos of the demolishing of the abandoned Komfo Anokye Maternity Complex popped up, lots of Ghanaians took the privilege to share their immense concerns whilst massively reacting to the unexpected incident.

READ:  Check Out What The Colour Of Your Urine Is, And Its Effect On Your Health

Below is a look at some of the comments that came through as individuals shared their respective opinions and thoughts on the alarming issue. 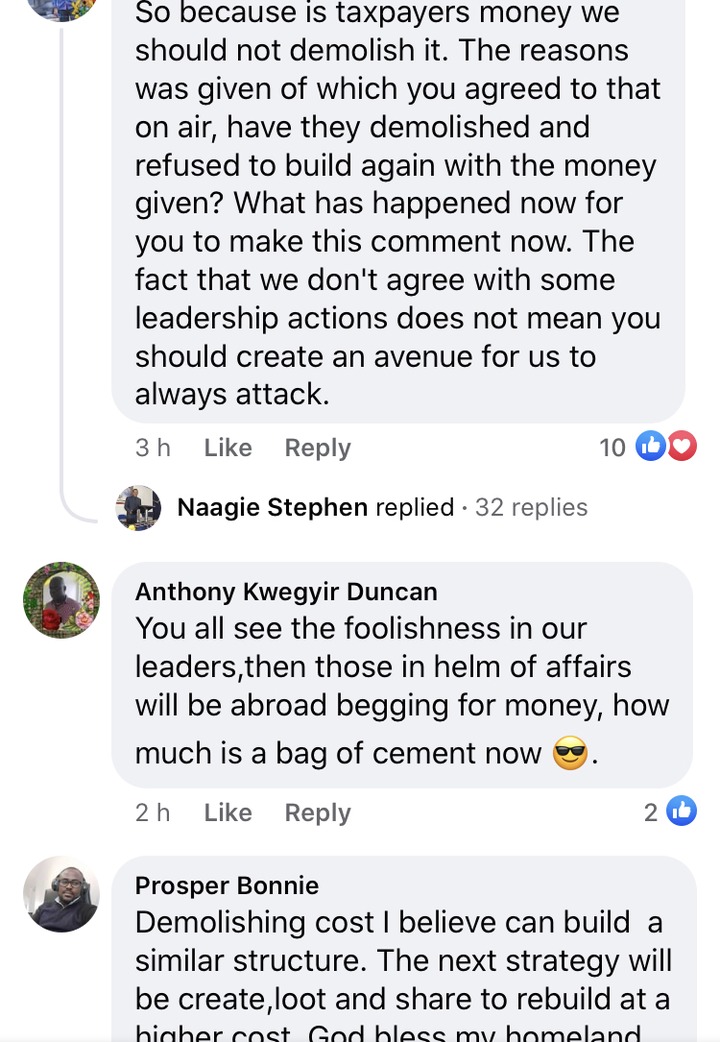 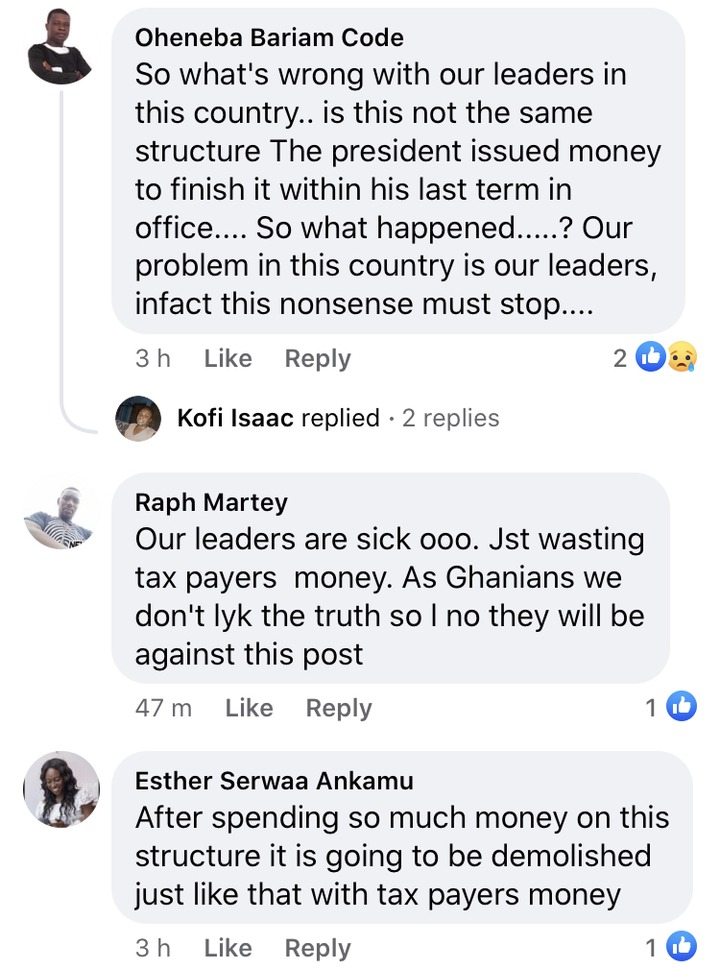 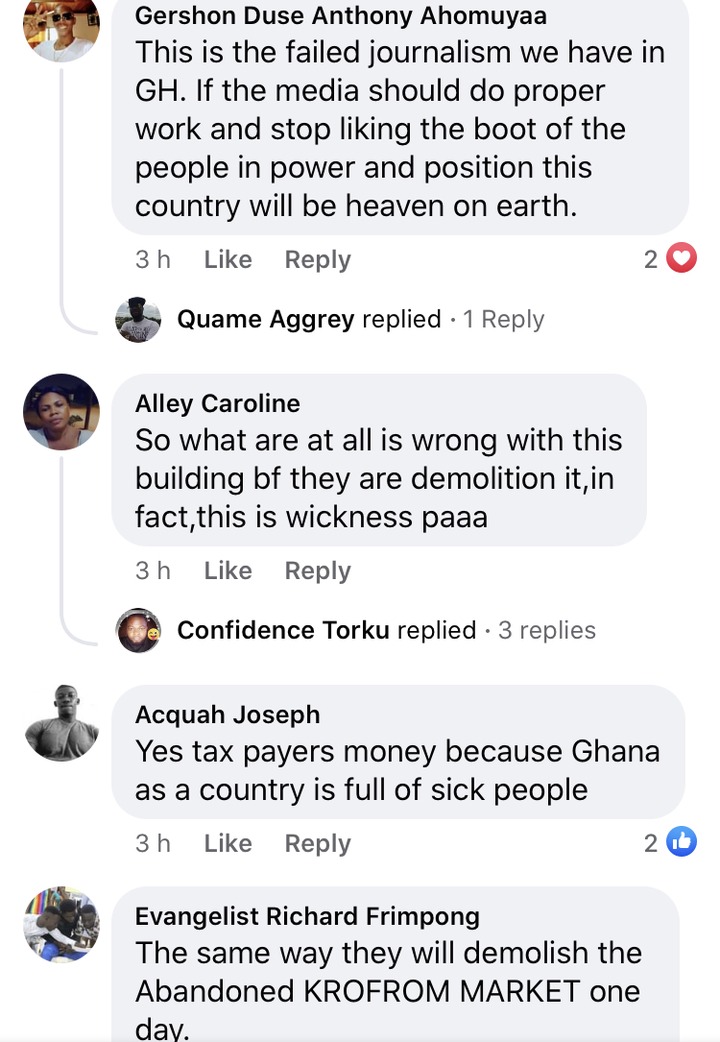 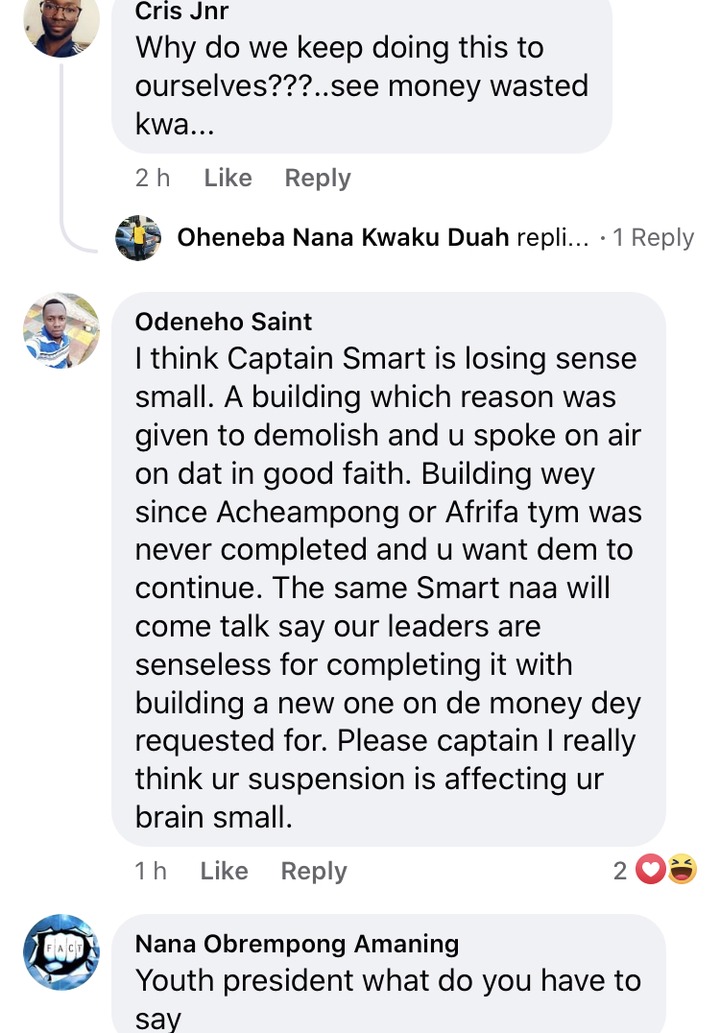 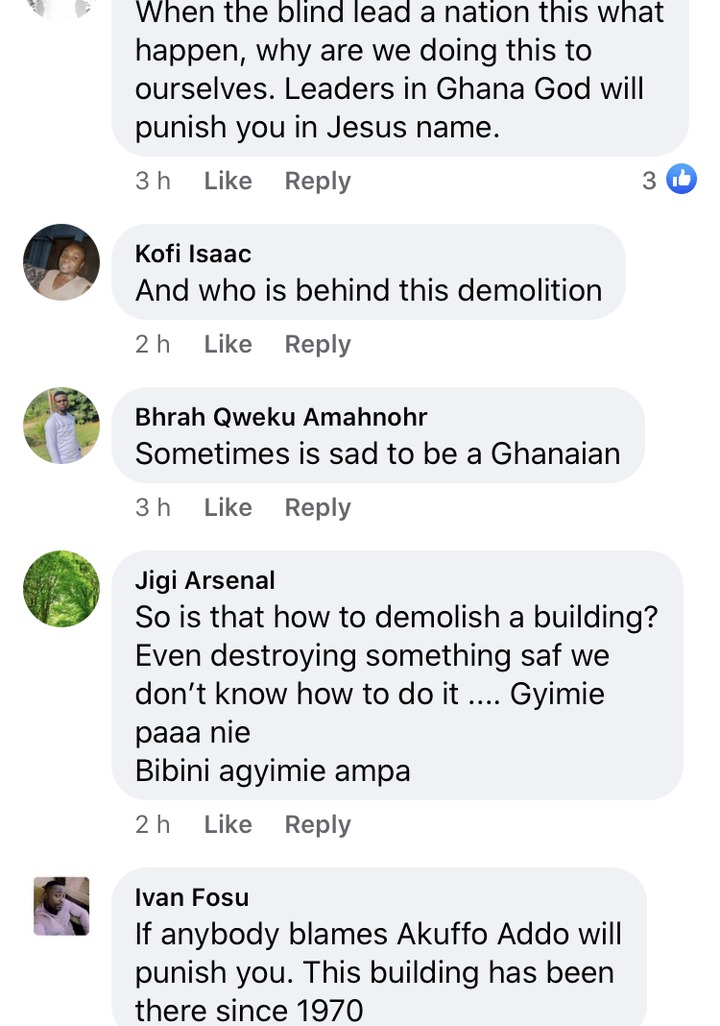 From the above comments, we can clearly notice that most Ghanaians were troubled about the demolishing of the abandoned Komfo Anokye Maternity Complex as most individuals took the privilege to express their immense opinions on the unexpected incident.