The final funeral rites for the late lawyer Kodjo Owusu Afriyie popularly known as Sir John has been slated for 3rd June 2021 at his home town of Sakora Wonoo in the Ashanti Region.

The late Sir John who was a former General Secretary of the NPP died on 1st July 2020 after a short illness.

Until his death, the late Sir John was the Chief Executive Officer (CEO) for the Forestry Commission.

He became famous for his statement ” fear delegates” after he lost his position as the General Secretary of the NPP at the Party’s National Delegates Congress.

His death was described as a big lost to the NPP due to his contribution to the Party’s fortunes.

Before his final funeral rites, residents his home town serve notice of their disappointment over the failure of Government to construct some major roads in the Community.

Before his death, he was rumored to be planning to contest for the Chairmanship position of the NPP.

He was commended for the success of the Youth in afforestation program which was I initiated to address the unemployment rate in the Country. 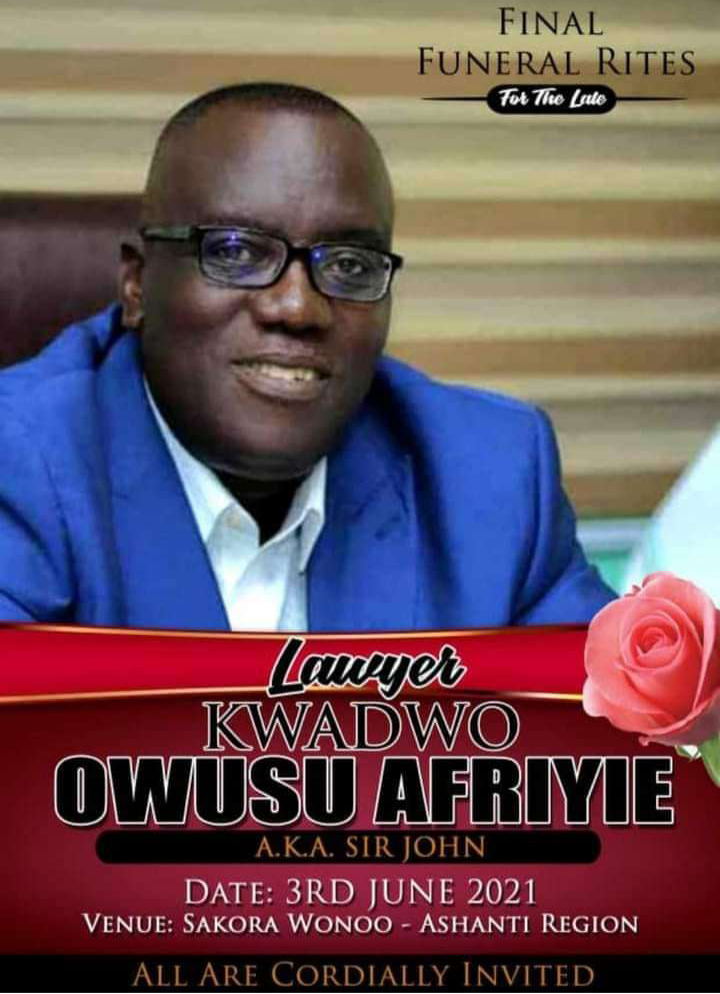