The NDC MPs in parliament have issued a wild statement after unfortunate news about their supposed endorsement for one chairman aspirant went viral.

The Minority in Parliament has said contrary to a comment by its Deputy Whip endorsing the candidature of Mr Johnson Asiedu Nketia in the National Democratic Congress’s chair race; the caucus has not taken any such a decision.

A statement from the caucus said Mr Ahmed Ibrahim’s claim was untrue.

The statement said neither has the caucus met on the matter or taken a decision on it.

The caucus noted that its leadership “has no position on any of the candidates vying for the respective positions in the party.”

“We, accordingly, urge our rank and file and the public to disregard the purported statement made during the launch”, the caucus added.

Meanwhile, the caucus said Mr Aahmed Ibrahim has apologised for the gaffe.

Mr Asiedu Nketia is seeking to oust incumbent Samuel Ofosu-Ampofo from the seat. 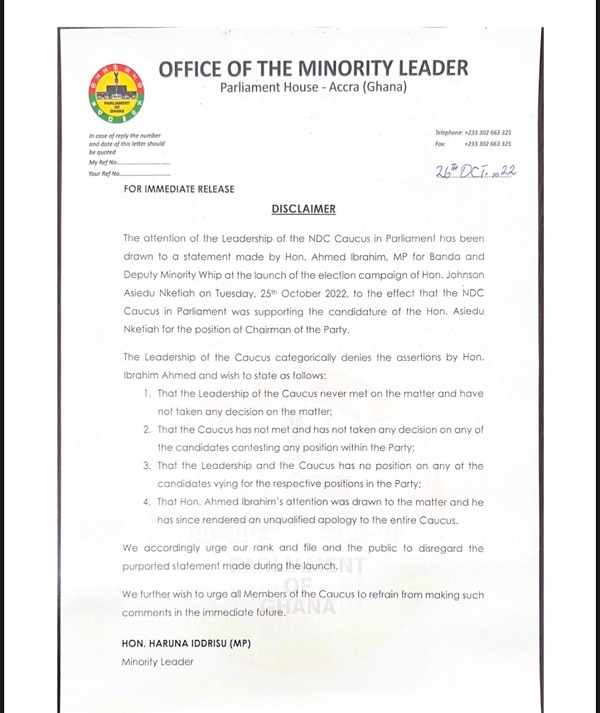 Ghana news-feed
READ:  JUST IN: Minority Fails Again As Majority Once Have Their Way And Get This Motion Approved; Details Dropped-CHECK.