Court Ordered Man To Sleep With 3 Women For This Reason That Will Shock You.

A Zambian court has told a man named Kenford Sililo, who is 27 years old, to sleep with 3 women to find out if his ex-girlfriend put a spell on him.

He took his ex-girlfriend Maria to court and said that she was the reason he couldn’t get an erection.

The Livingstone Local Court told a 27-year-old man to try sleeping with three different women to find out if his ex-girlfriend put a spell on him to make him unable to get or keep an erection.

Kenford Sililo took his ex-girlfriend Maria Simoono, who is 27 and from B39 in Malota Township, to court to get his erection back.

The court also told Sililo of C36 to use condoms while he tries to figure out if there is a problem with his manhood. Sililo told the judge that he wanted Simoono to break the spell that kept him from having an erection.

The court was told that Sililo and Simoono started dating in July 2022 and broke up in October 2022, three months later.

He said that he stopped getting erections after they broke up. “After the relationship ended, I stopped being a man. All I can tell is that my back is very hot. 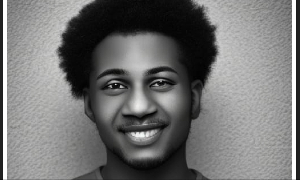